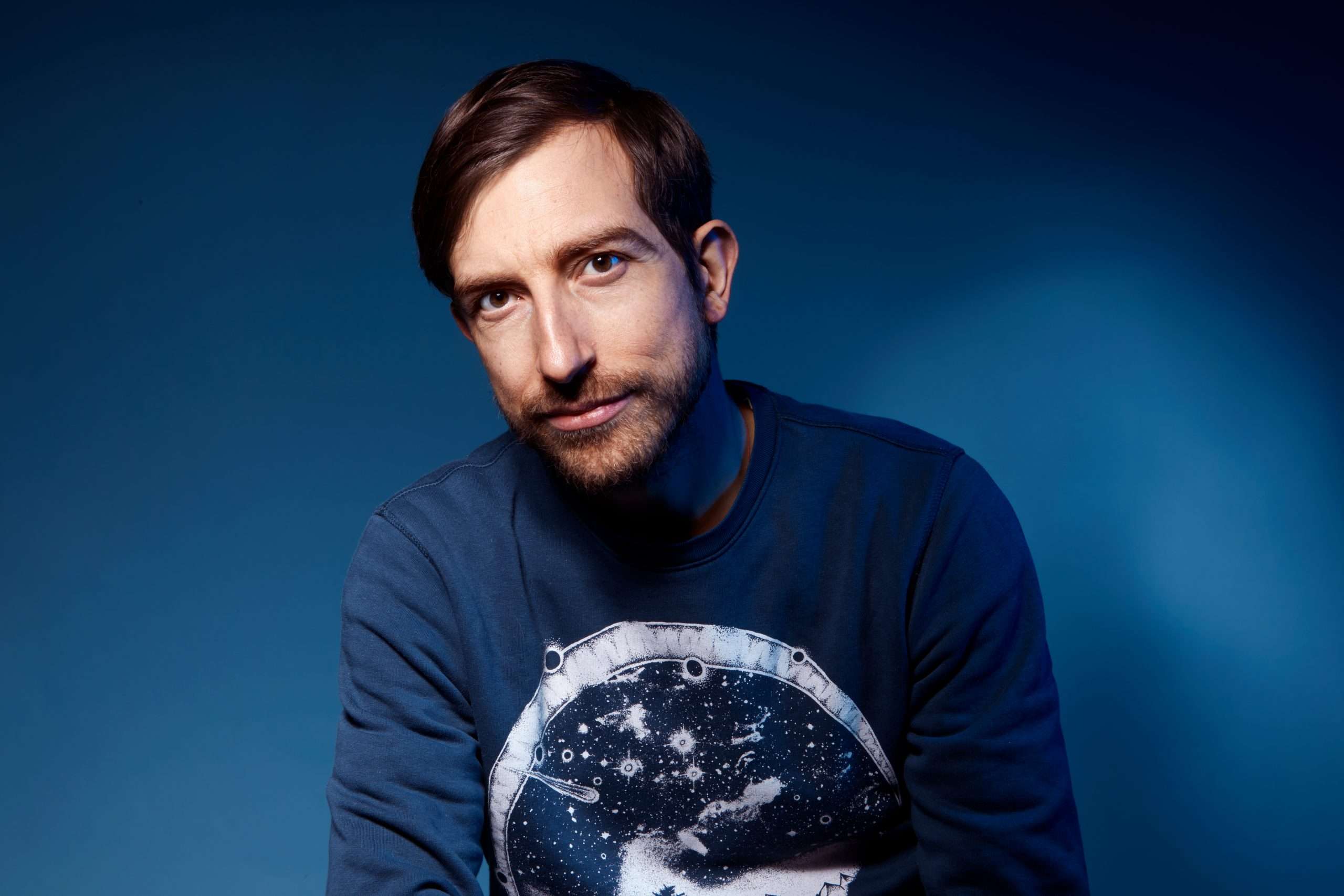 Ivan Shopov is an artist with many faces, he’s а painter, musician, producer, composer, aesthete and an innovator.

Graduated an MA in Graphics from The National Academy of Arts in Sofia, he’s the author of numerous ink and acrylic pieces. He’s often drawing and designing artworks and posters for his own projects and for those of popular artists in the electronic scene. So far he’s done eight solo exhibitions in Bulgaria and abroad.

Ivan Shopov has been involved in over 250 musical releases, among which we find both solo and collaborative albums. This has established him as one of the leading figures in the European electronic underground. His various projects span over genres like drum and bass, IDM, jazz, ambient, techno, rock and classical music. Ivan Shopov has released over 120 vinyls for some of the biggest international labels. A part of his own production and the works of artists who he believes in can be found released via his two labels Etheraudio Records and ABCD.

Ivan is working as a composer scoring contemporary dance and theater productions. He’s contributed music and sound design to various video and short film project, interactive art installations. He’s written the music for 15 dance pieces by Derida Dance. In 2017 one of them is awarded the prestigious “Ikar” award. Shopov has been publishing soundpacks which are often found in the production of fellow electronic artists.

What really separates Ivan Shopov from the other artists in his field is the way he’s mixing traditional Bulgarian folklore with electronic music and jazz. This way he’s building a bridge between his country’s musical history and the current tastes of his audience. Among his most popular releases in this direction are “ELATE” with Trigaida, “Kanatitsa” with Avigeya, “InFusion” with Theodosii Spasov, “Kuker” and “Orenda” with Бalkansky.

Ivan Shopov is keen on sharing his knowledge and has been a demanded lecturer and teacher. Besides regularly doing workshops and online courses, since 2016 he’s been lecturing Analog and digital sound design at the National Academy of Arts in Sofia. With 20+ years of experience he’s also regularly working as a mixing and mastering engineer.

View all Artworks by this artist

This website uses cookies to improve your experience while you navigate through the website. Out of these, the cookies that are categorized as necessary are stored on your browser as they are essential for the working of basic functionalities of the website. We also use third-party cookies that help us analyze and understand how you use this website. These cookies will be stored in your browser only with your consent. You also have the option to opt-out of these cookies. But opting out of some of these cookies may affect your browsing experience.
Necessary Always Enabled
Necessary cookies are absolutely essential for the website to function properly. These cookies ensure basic functionalities and security features of the website, anonymously.
Functional
Functional cookies help to perform certain functionalities like sharing the content of the website on social media platforms, collect feedbacks, and other third-party features.
Performance
Performance cookies are used to understand and analyze the key performance indexes of the website which helps in delivering a better user experience for the visitors.
Analytics
Analytical cookies are used to understand how visitors interact with the website. These cookies help provide information on metrics the number of visitors, bounce rate, traffic source, etc.
Advertisement
Advertisement cookies are used to provide visitors with relevant ads and marketing campaigns. These cookies track visitors across websites and collect information to provide customized ads.
Others
Other uncategorized cookies are those that are being analyzed and have not been classified into a category as yet.
SAVE & ACCEPT